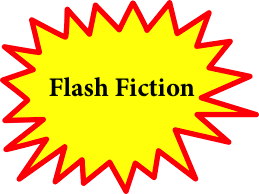 A Cry for Help

The trio gathered at a local coffee shop. Sunny’s neighbor spoke first, after the other two were settled with their respective coffee and tea. “Let’s get down to business. I’m not going to lie to you,” the neighbor/soccer mom said, “I called you here today because I’m very concerned about Sunny. She has been strange, lately. She gave us some of her household items that wouldn’t sell in a massive garage sale she recently held. She’s even getting rid of her appliances. When I asked her about it, she said she was just redecorating. Said she wanted everything out by the first of the year, which is in three days. But she never said anything about where’s she’s moving. She seems sad, too.” The neighbor bit her lip, twirled one of her russet locks, and looked down at her steaming cup with a creased brow.

“Yeah,” Sunny’s gardener said, after swallowing a mouthful of chai tea, “Sunny gave me some of her jewelry to give to my daughter and wife. Some of it’s nice stuff too; not just costume. We’re talking some amethyst, tiger eye, and some stuff I can’t identify.”

A coworker, Sunny had gotten friendly with, spoke next. “She quit her job a week ago. Sunny seemed a little sad to me, too, but not totally broken. I don’t know. I just know that time is of the essence in these matters. We have to confront her, before she does the unthinkable.”

“Does anyone have contact information for her relatives? How about you?” the gardener asked, looking at Sunny’s former coworker.

“I don’t have that information, but someone in HR might still have her emergency contact information. It’s worth a shot. I’ll tell HR that this is a potentially dire situation, and that we need to get a relative involved. I’ll do that as soon as I leave here. I hope Sunny hasn’t hurt herself yet.” The other two people grunted in approval. The trio was silent, as they mused about their mutual friend, Sunflower Jefferson; a tall woman, the color of almonds, with a smattering of freckles on her face. Her striking head was capped with playful, wiry curls. Sunny’s aura roped you in, like a cowboy lassoing a bull. When she smiled at you, you felt as if someone were massaging your scalp with nimble, yet gentle fingers.

They never heard Sunny talk of family or boyfriends. She seemed to slide into their lives out of thin air. And she could get you to talk about yourself without restraint. Sunflower Jefferson stared at you intently, unblinking, as you prattled on about your life, as if she were taking notes.

The trio peeled out of the parking lot in their respective cars. It wasn’t until that evening that the neighbor saw Sunny’s car parked on the shoulder, near the bridge in town, on an emergency run to the grocery store. She parked, as her mind reeled. Oh, no! Sunny’s neighbor hoped she wasn’t too late. She texted the others, telling them what she had seen, and where she was, and to HURRY. Her next call was to 9-1-1. The woman jumped out of her car, and ran down the embankment. She whipped her head left and then right, looking for any sign of her neighbor, using the flashlight feature on her phone.

She walked a little farther down, her heart jumping in her chest, like a caged animal, desperate to get out. “Sunny!”

Sunny’s neighbor thought it best to wait for the others to arrive. She went back in her car & waited, white-knuckled. The others pulled up to her on the shoulder in successive tire screeches. The neighbor was out of her car before they could even turn theirs off.

“I didn’t see anything. Let’s split up, and look for her. I called the police, too,” she was nearly shouting and shaking.

“Great idea. By the way, I had Sunny’s emergency contact called at work, but there was no answer,” her former coworker announced. They all shook their heads. Then the neighbor, the gardener, and the former coworker grabbed their phones, and turned on the flashlights. They spread out around the bridge’s immediate area, looking for Sunflower Jefferson, hoping she hadn’t jumped into the river. After two minutes, the gardener shouted. “I see her! I’m in the field, next to the river!” He held up his phone, like a beacon for the others to find him. They scrambled to him, and looked to where he pointed. Sunflower Jefferson stood in the distance, some two-hundred feet away, with her back to them. Did she have a gun to blow her brains out, or a razor blade to slit her wrist? They didn’t know. All they knew was that they had to not spook her.

The former coworker called out first. “Sunny. Please come here. We can get you help.”

Sunny didn’t move. She only tilted her curly head towards the sky in slow motion. Goggle-eyed, the trio behind her looked up, too. A disc with multicolored lights was fast approaching in the black sky. It hovered above Sunflower, trained a yellow beam on her, and gently pulled her up, up into it. Once inside, Sunflower undressed and slipped off her human skin. The skin underneath was gray and completely hairless. Her eyes were huge and black. The other beings in the ship spoke to her, telepathically. “Welcome back, Xenar. What did you learn about the Earth and the Earthlings?”

“A great deal,” Xenar replied, handing over her Earthling woman suit, “So much that I was sad to leave, but I know it’s someone else’s turn now.”

A man who they assumed was an officer ran down to the field where the trio gathered, just as the spaceship disappeared. “You called me about your mutual friend, Sunflower Jefferson?” They thought he was an officer, but he wasn’t dressed like one. He wore a black suit and black fedora.

“Yes,” the neighbor said, “but she’s gone now. I know this sounds crazy, b-but a UFO took her.”

Upon hearing that, the man in black pulled out a wand with a bulb on top, and flashed it at the slack-jawed trio. “You won’t remember Sunflower Jefferson, or why you came to this field. Get in your cars, and go on about your business.” They all blinked after his speech, and trudged back to their cars, dazed, and followed the man’s instructions.

The gardener continued to work for new residents at the house that formerly belonged to Sunflower Jefferson. Her coworker forgot that she ever worked with her, and her neighbor didn’t remember a tall, black woman, living in the house, three doors down. But sometimes, just sometimes, the trio saw sunflowers along the road in the summer, or a ringlet-haired woman, and felt a sense of unexplained longing.

For all my other flash fiction stories, click here. 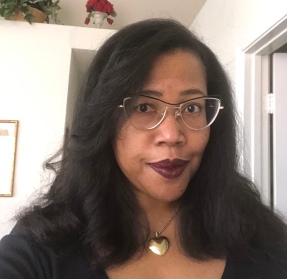 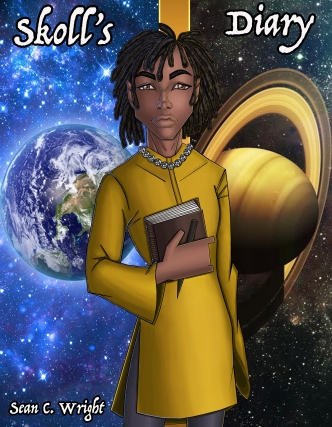 4 thoughts on “Flash Fiction: A Cry for Help”