I can’t help it. As a proofreader and copywriter, I often scrutinize my direct mail copy. Here are some things that hurt potentially successful ads:

The wrong title. How many times have I gotten something for “Mr.” Sean in my mailbox? Too many times to count. Sorry to say when I get something with a male prefix, I discard it. It really frosts my cookie. It’s sad, too, because sometimes they are nice mailing labels that I would have gladly used. What a waste.

It’s really safer for companies to use no prefix at all on mail, if they’re not sure. That way, they don’t run the risk of offending someone, or wasting printed materials.

Typos/Misspellings. True story. I once got a coupon in the mail for a burger place that advertised that they had “mild [milk] shakes,” too. We all know this is the biggest turnoff. Why? Because subconsciously you feel that if they company is sloppy about their communication, they may be sloppy with their customer service.

Vague offers. Another true weird true story: a fast food place in our neighborhood had coupons for an unlimited item for only 99 cents. One word after “99 cents” would have made all the difference: each. The restaurant complained that people wanted 100 of those snacks all for 99 cents. Workers wasted valuable time, sounding like broken records, explaining that the snacks were 99 cents each. There were some fuming customers, and honestly, who can blame them? If there’s ambiguity in that ad, rewrite it.

Getting customers through direct mail is a crap shoot, so thinking of everything that appeals to customers from the get-go increases your chances of getting their business. Need more copywriting help? Click here. Or please email me your email address to get on my monthly newsletter distribution list: authorseanc@gmail.com.

It’s now the year 3005 on that terraformed planet. We get a peek into the life of a bright and sensitive teenaged boy, Skoll, through his journal. He loves his world, but is curious about life on Earth. Then suddenly, an epic event casts him in the middle of a difficult decision. The fate of the planet’s community is in his hands. 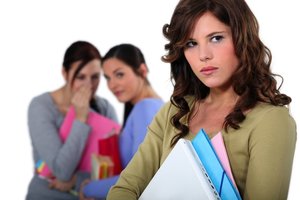 Every woman with a corporate American job has encountered this rattlesnake in high heels. She is cold or overly critical to certain female colleagues, or worse, both. She engages in gossip and triangulation. She thrives on other women’s tears and sleepless nights that she causes. She won’t just do her job and go home, and refuses to let other women do the same. Because she is addicted to drama like some are to Starbucks. She and others like her exhibit the flipside of toxic masculinity.

They are the office mean girls.

It’s a shame that we are disgusted with bullying, and have a zero-tolerance attitude about it with children in school. But for some reason, it’s still alive and well in the office. And this is not to say that men don’t bully. They do. We have all heard of – or worked for – the “abusive genius” or “brilliant jerk.” But their abuse is rarely laid like a hunter does a trap, with cunning stealth. The abusive genius dumps abuse on a victim, like a bucket of cold water in the form of tantrums. He yells when disappointed, uses nasty language, or barks orders. In contrast, the mean girl is patient enough to wait a day or two, or even weeks later to do her dirty deed to others. And her dirty deed is elaborate. Raven (not her real name) is currently in this situation with her department, and is frantically looking for another job. “I work in accounting,” she says, “and some of the other women I work with have gone so far as to remove checks I put in the outgoing mail basket, hide them, then put them back in a few days later, so they will get mailed out late. Then I get blamed for vendors getting paid late. Sometimes, they have scrambled my account file folders’ order, so it’s difficult for me to find them. I can’t prove it, but I know it’s those evil women. I take the mail to the box myself and keep my files locked in a cabinet now.”

So what’s up with these she-wolves in sheep clothing? Why do they do what they do? Let’s dive deep into the black hearts of these women.

Imagined competition. Many women in the office see other women as teammates, sisters in the same boat who are fighting against the glass ceiling. Others, the mean girls afflicted with this issue, see other women as threats. In her mind, there cannot be two women who place first in the pageant. There is only room for one. This hell-on-heels will do whatever she can to ensure that everyone remembers that she is the best “[wo]man for the job.” She more than likely only hangs out with male employees. That’s not a problem, but what is the problem is how she treats other female employees. She is stingy with praise to other deserving women, criticizing them to the moon and back to management, or ignores them altogether. It creates tension and negative interpersonal relationships. Both create a hostile work environment.

Let’s peel back her mentality onion one more layer. Perhaps she feels being in the “boy’s club” will keep her safe. And the way to do that is to engage in the same belittling and sexist behavior some men in the office do. If she treats other women as second-class citizens, she will win favor with the guys who go to strip clubs for lunch or the male executive who calls his female assistant “sweetheart.”

What to do if you encounter this Leviathan in lipstick? She’s the toughest nut to crack, unfortunately, but it’s not impossible. Give her what you want: kindness. Does she do something really well? Compliment her. It might work. It might not. But perhaps she only needs to see that other women in the office are not the enemy, that they don’t want to steal her thunder.

Envy. This nasty, green-eyed monster hatches out of its egg in junior high, and some women are a minion (it’s not little, yellow, and cute) to it forever. Since they spend most of their lives in the office, other female colleagues suffer from this insecure hot mess’s complex. They don’t like the way they look, and will target any woman in the office who they feel is one degree more attractive. Said mean girl makes snide remarks about other women’s hair, clothes, and makeup to others in the office, or sometimes to the women themselves. I once had a female manager who was loyal to boxy men’s sweaters and corduroy pants, eye my bell-sleeve top one day and tell me with a sneer, “You look like some kind of hippy in that blouse.”

There really is no way to fix a relationship with this water moccasin in mascara. You may have to tell her to back off, or else you will go to HR.

Capturing the queen bee crown. This female with fangs suffers from the same dynamic the envious mean girl does: deep down inside, she has self-esteem down around her ankles. Her backstory is that she didn’t get validated early in life. This either happened in her home or among peers. She envied the prom queen and the cheerleaders, and any other females’ accomplishments she felt she couldn’t obtain. This mean girl was powerless to do anything about it as a girl, but as an adult, she will claim her queen bee crown, and everybody else better watch out! This is also the queen of triangulation. She recruits others to bully and mistreat other female employees. She will do things like spearhead lunch dates with a group but make sure certain women don’t get invitations. Said mean girl may also withhold important information from her targets, so they can’t do their jobs effectively. This is no accident; other women’s failings and faults are fodder for her to justify abuse to her posse. She will claim, “this is why we don’t hang with Allison. She’s so incompetent.” The excluded becomes the excluder.

What to do about said bear in high-heeled boots? Confront her. This is the kind of mean girl who wilts a little when you confront her directly about her cattiness. Ask her pointblank, “Have I done something to you? Because if I did, I’d like to know what, so we can clear the air.” Say something like this after every indignity she hurls, and the undesired behavior will more than likely stop. If this mean girl is relentless, resort to keeping notes, taking screen shots, etc. then get management and HR involved.

As mentioned above, many women enjoy a sisterhood in the office. Some women can be a challenge to work with, but with this crash psychology course, perhaps you can obtain civility or get coping mechanisms, and in turn contribute to the well-oiled corporate machine, stress-free.

What’s your thinking on this issue? How did or do you ladies deal with mean girls in the office? I open the floor to you.

Sean C. Wright is the author of 7 books. For more information about her writing skills and how she can assist you with yours–business or consumer–visit https://seanarchy.wordpress.com.